Am having a clear out of last year's fruit from the freezer, and found a bag of blackcurrants lurking in the depths. I have to say that they're not my favourite fruit - not sweet enough for me, but OH loves them. What to do with them? Didn't want another crumble or tart, so had a look in one of my cookbooks and found a recipe for an apple clafoutis - I was sure that blackcurrants would work just as well.
What is a clafoutis? A batter pudding/flan with fruit, usually cherries.
I 've seen many recipes for the batter, including one using yeast; I read through this one, then did it the wrong way round - beating the melted butter and sugar together instead of the sugar and eggs, but it didn't seem to have made any difference. I was a bit worried that the blackcurrants would be too tart, but in the sweet batter they were fine.


Preheat oven 220C/gas7 and grease a gratin dish with a little butter.


Put 500g of fresh or frozen blackcurrants [or cherries, thinly sliced apples, plums, blueberries] into the dish.
Beat 2 eggs with 100g of caster sugar and a tspn of vanilla extract. Stir in 150g of plain flour, 400ml of milk and 100g of melted butter till well mixed. Pour this batter over the fruit and bake for about 30 mins [if you're using frozen fruit, add another 5-10 mins]. 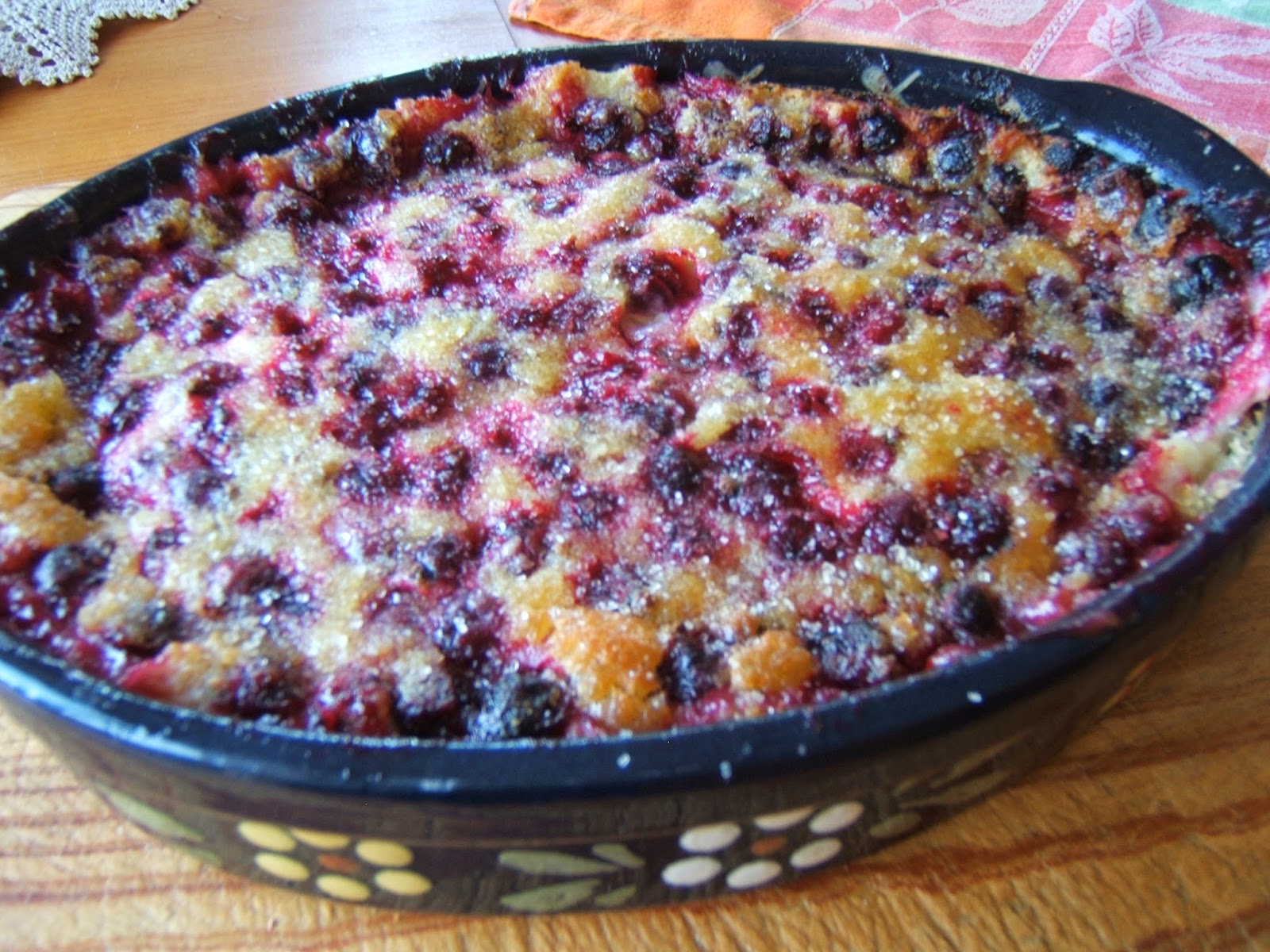 I used the gratin dish I bought from a pottery in Alsace. The clafoutis had a good texture hot, but I preferred it cold. 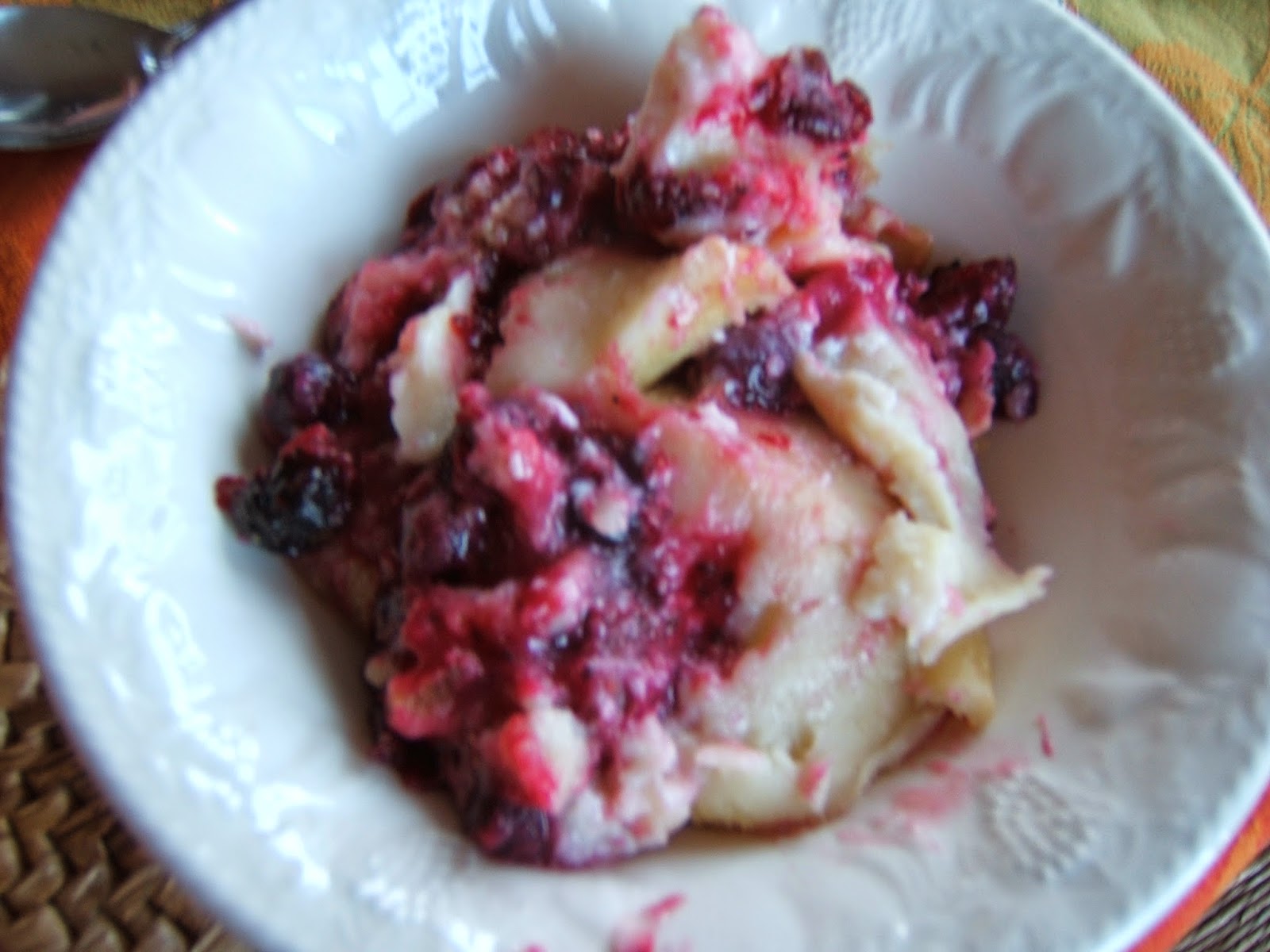 I know it doesn't look very appetising in this photo, but there's a great contrast between the tart fruit and the sweet batter. It's more solid now it's cold.

Love the colours of the clafoutis, and love your dish!

Despite a bumper crop of blackcurrants last year it never occurred to me to make clafoutis with them. I obviously missed out. I tend to prefer clafoutis cold but some people seem to think I'm odd for eating it that way.