I'm making the most of the British asparagus season [hence the clafoutis in my previous post] so decided to make a tart. I wanted the asparagus to be the main feature, so no tomatoes nor other veg. Creme fraiche and eggs makes a good savoury custard, so that's what I used.
To add some flavour I chopped up a spring onion [oh, I did say no other veg, but these aren't a strong flavour] and it needed some kind of herb, so I used some finely chopped thyme.
I made some shortcrust pastry for the case.

So, for the pastry: Put 200g plain flour and 120g butter in the food processor and blitz to breadcrumbs, then add 1 medium beaten egg mixed with 1 dspn water. Put it in the fridge in a polybag for 30 mins, then roll it out into a 20cm loose-bottomed flan tin. There was some pastry left over, so I put it in the freezer. I think this amount of pastry would be just right for a 22-23 cm tin, but I don't have one.
Bake the pastry blind, plus baking beans, in oven preheated  to 190C/gas5 , then take out beans and cook it for 5 more mins.
Reduce the heat to 160C/gas3.

I used 8 stalks of asparagus, and put them in boiling water for 30 secs, then ran cold water over them till they were cold.

For the filling, Beat 2 eggs with 200ml of creme fraiche, then add a finely chopped spring onion and 1 tbspn of chopped thyme. Grate 75g of gruyere cheese and add half to the mixture. Pour the mixture into the pastry case, add the asparagus and sprinkle the other half of the cheese on top. Bake for 30 mins or till the filling is set and the top is golden. 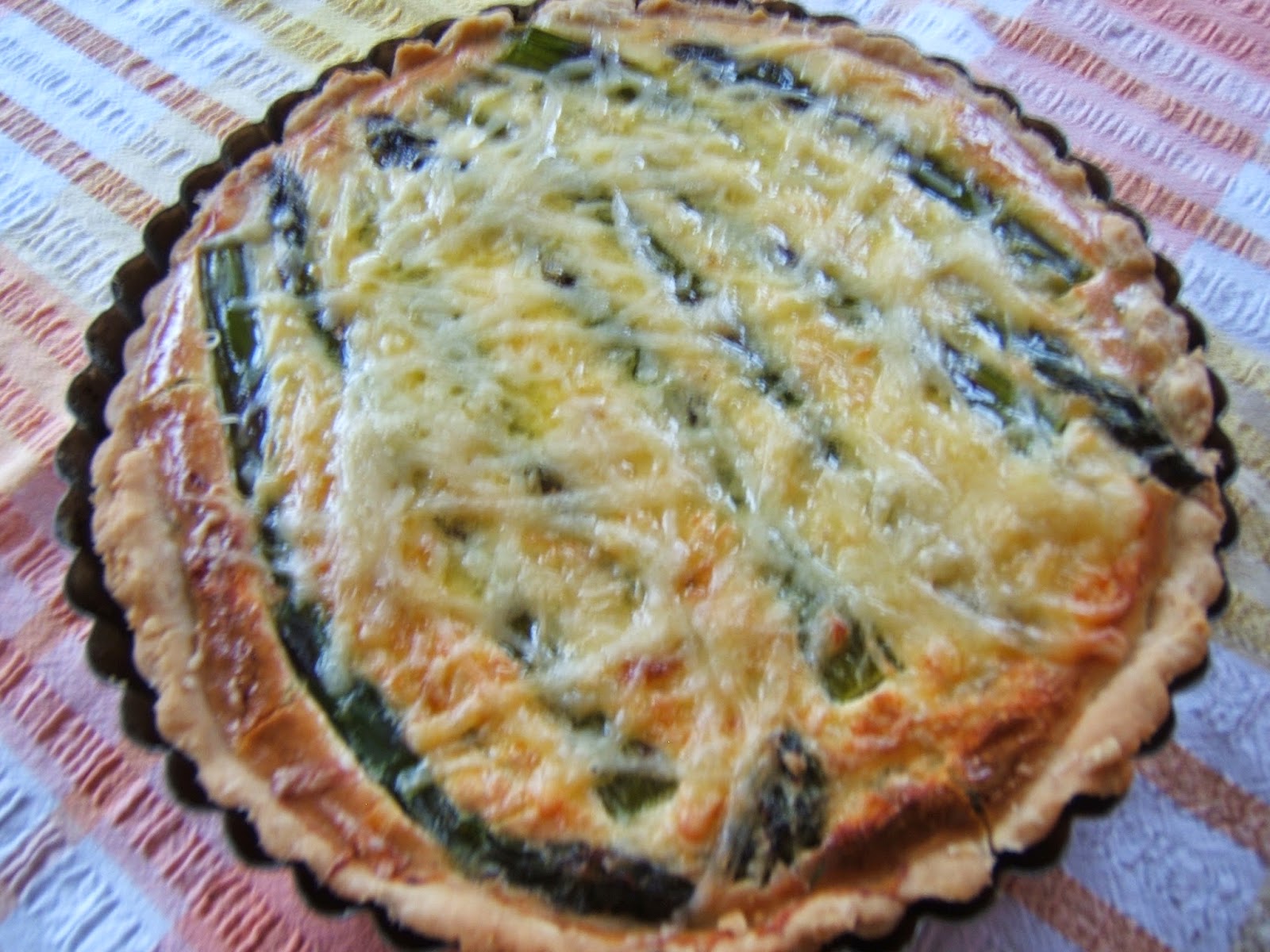 We enjoyed the tart with some watercress, and OH had some Jersey potatoes, but I would have liked a stronger cheese flavour. Perhaps i should have used 100g or maybe a good strong Cheddar would have been better.
Again, a versatile recipe you could make with other veg. 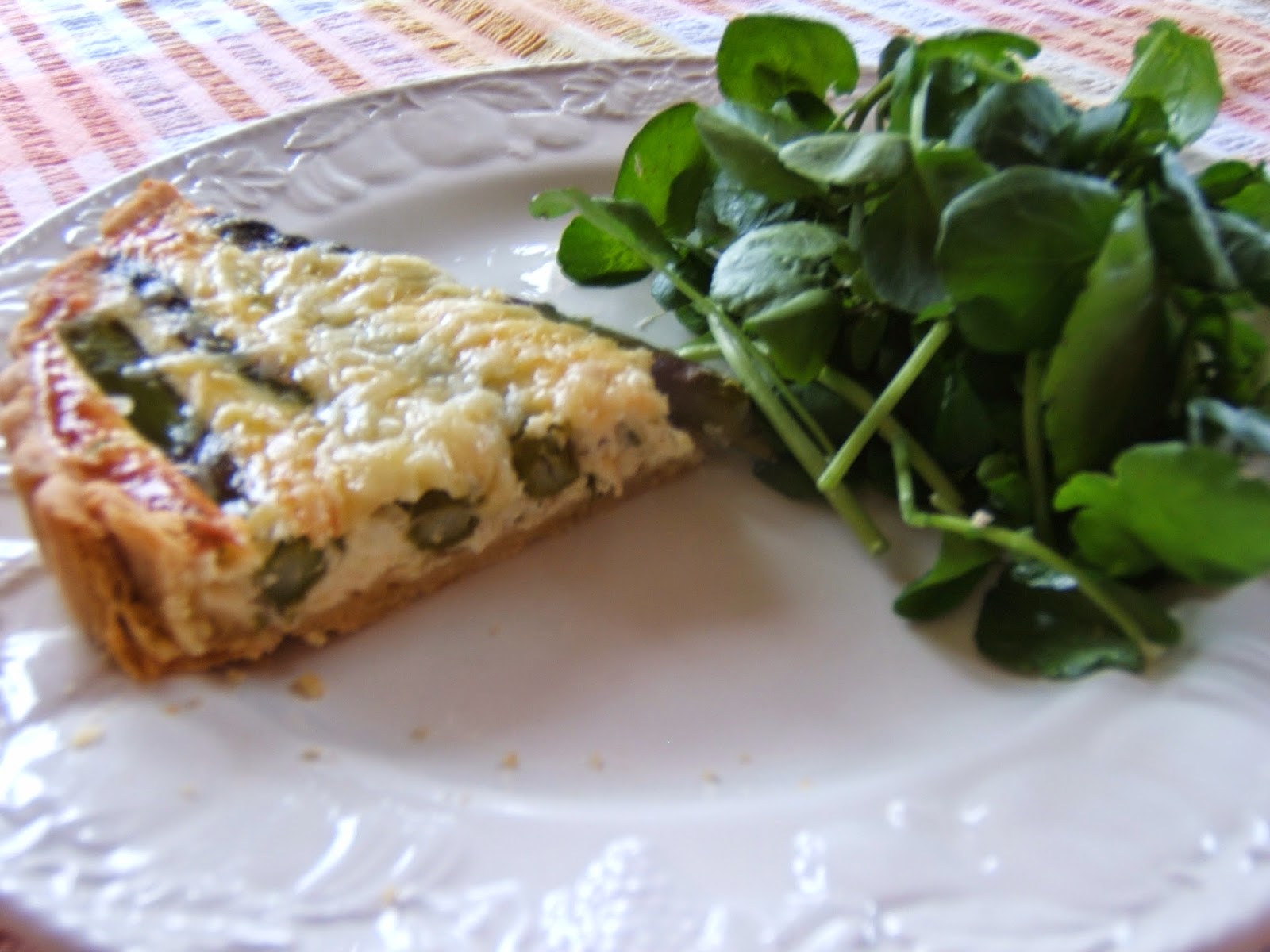 Love the photo of the cut slice with all the stalks of asparagus visible!

Love how you incooperated aspargus in the tart, how lovely x