Have had a silicone bundt mould for ages, but haven't used it. It's a friend's birthday today so I decided to make her a bundt birthday cake.
Her favourite fruits are blueberries, and they were on offer in my local supermarket - perfect. I decided to add some lemon flavour with the blueberries. I also had a pot of  natural yoghurt to use up, so added some to the mixture to make the cake nice and moist. I finished it off with some lemon glace icing drizzled over the top.
I love Ina Garten's lemon yoghurt cake link is here  which Smitten Kitten made into a lovely lemon and blueberry one -  link is here .
The cake mixture is really a sandwich mix, or pound cake or quatre quarts - most countries seem to have their own version.
I bought one of the Cake Release sprays so the cake would come out of the mould [my dil had problems getting her cakes out of bundt tins, so advised me to buy some].
So, it's a simple cake made to look more interesting by using a fancy mould!

Beat 225g of butter and 225g of caster sugar with an electric hand beater or in a stand mixer till nice and light and fluffy. Gradually add  4 eggs, one at a time, then fold in 225g sr flour, finely grated rind of 2 lemons and about a tbspn or so of juice, 2 tbspn of natural yoghurt and 250g of blueberries.
I found that using a spatula was a good way to get the mixture into the mould.
Bake for 45-50 mins till cake springs back when you touch it. Leave it to cool in the mould for 5 mins then turn out [hopefully all in one piece!] onto a wire rack.
For the icing, just sieve 100g of icing sugar in a bowl and add some lemon juice till you have the thickness you want. Drizzle this over the cake and leave icing to set. 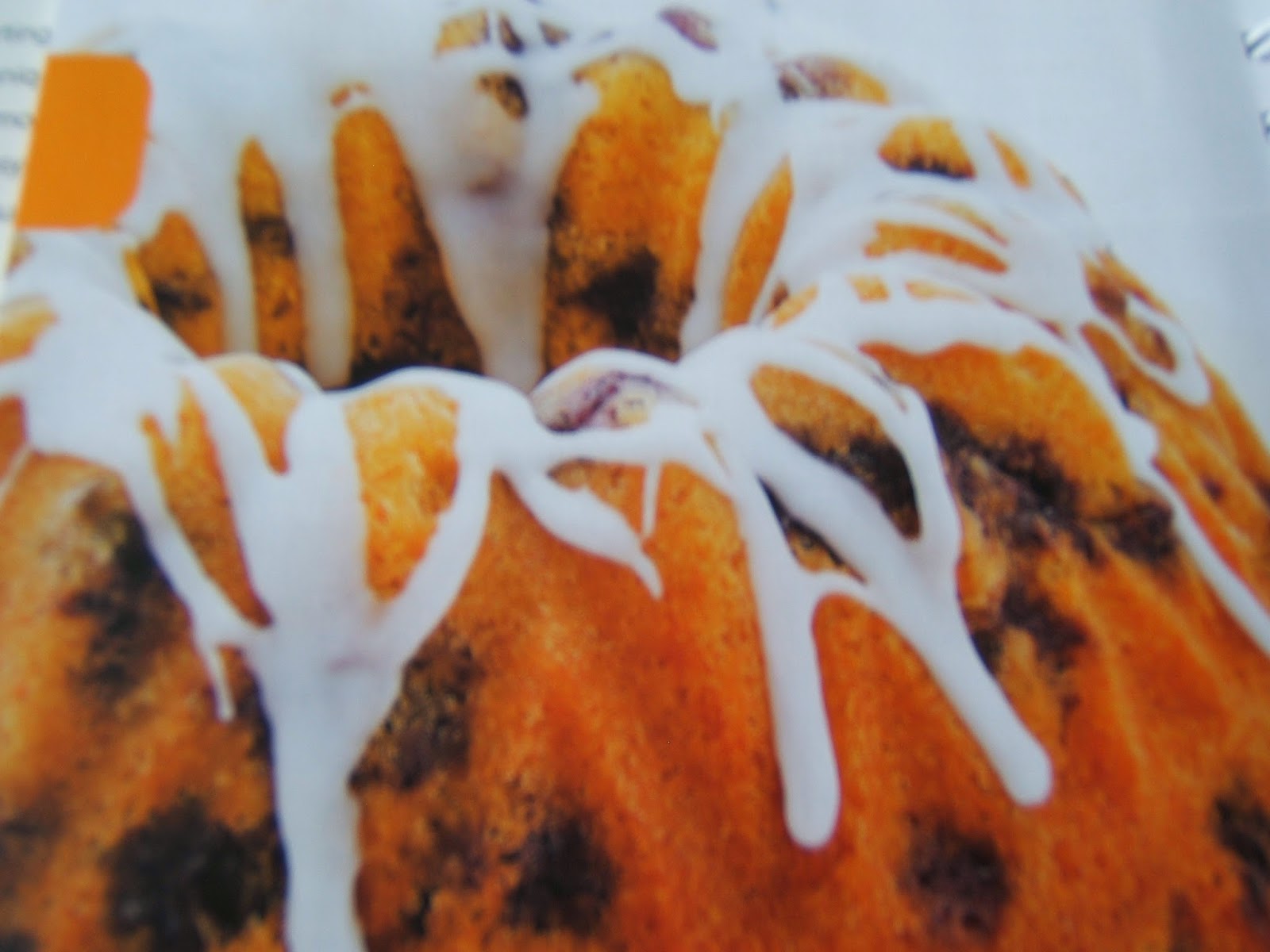