I've mentioned my lovely German dil before, and this is one of her family recipes. I bought some Bramleys in a local market, and wanted to make some kind of dessert with them. I love apple cakes and have quite a lot of recipes for them, but this is a bit different in the way you put it together.
You get a layer of cake, then a layer of apples, sultanas, cinnamon and citrus zest, then another cake layer.


The cake mixture is more like a dough than the normal cake batter, and I found it difficult to spread the second layer over the fruit. It was quite stiff and I kept getting lumps of dough. I spread it as well as I could, but there were some sultanas poking through [unlike my dil's version, where there's not a sultana in sight - well she works in catering!]. Not a very pretty plate - I asked my OH to get a nice plate for me to put it on, and this is what he produced! 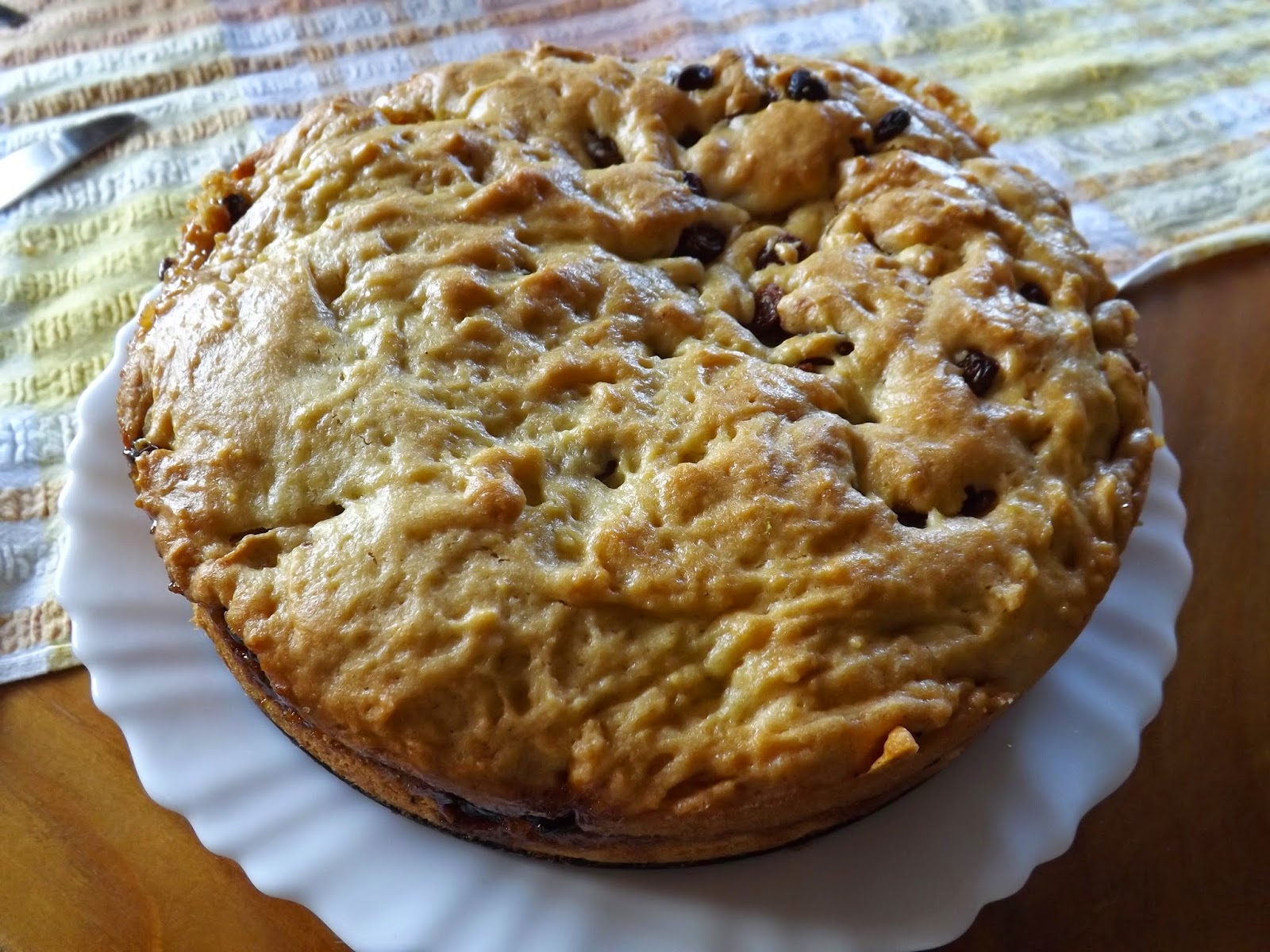 It can be a dessert or eaten as a cake for afternoon tea. We ate it warm with some ice cream.


I'm sure every German family has their own traditional apfelkuchen recipe, but we loved this one.


Melt 115g butter with 115g caster sugar till the sugar has melted. Then stir in 225g sr flour and a beaten egg. You'll get a soft dough, so put half of it into the bottom of the cake tin and spread it over till the bottom's covered.
Peel and core 350g Bramley apples [my dil uses Granny Smiths] and slice them finely. Put them on top of the cake mixture then top with 100g sultanas, 50g soft brown sugar, tspn cinnamon and zest of a lemon or lime.
Spread the rest of the dough on top [I found it easier to use the back of a tablespoon] and bake for about 45 mins till golden. Let the cake cool in the tin. 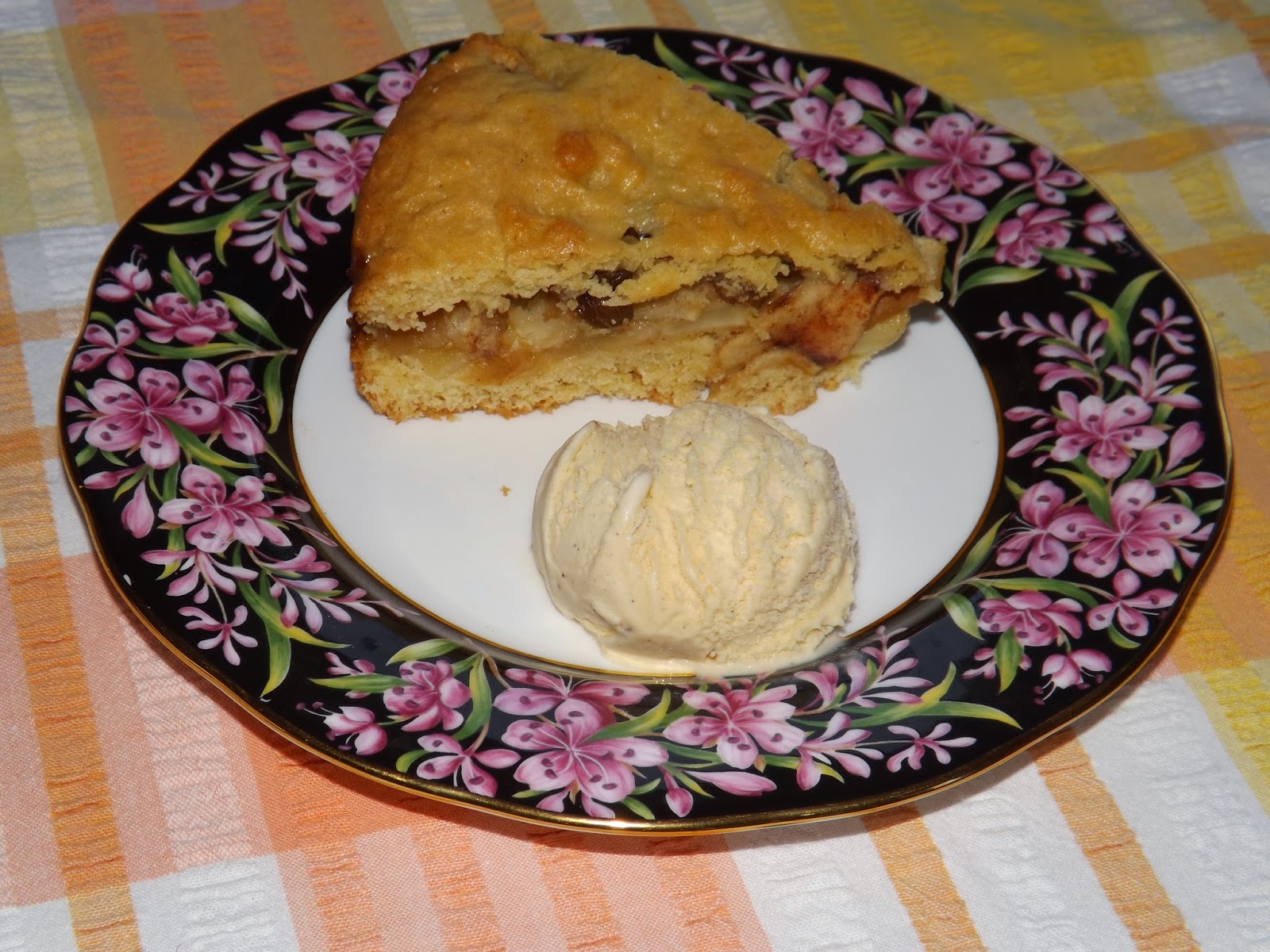 I used the zest of a lime, and you can really taste it. I like the texture of the cake, then the fruit and spice and then cake again. It's not a soft texture like a sponge, but half way between pastry and sponge. It has a bit of a crunch too.

I saw your blog and thought it had great recipes and awesome pictures! I therefore would like to invite you to our new culinary website which has just started.

This is how it works in short. TastyQuery.com is a website for food bloggers and their fans allowing them to automatically collect recipes from your food blog. It's a large database of links to recipes on food blogs. Everyone can join us for free.

In case of any questions, don't hesitate to contact us.

I like to see the fruit speckled in it! Apple makes such a lovely moist cake and your cake/ tart is very intriguing, one to try!